On this date in 1978, Metal Urbain released their third single, "Hysterie Connective". It was backed by "Atlantis". The A side appeared on their debut album, Les Hommes Morts Sont Dangereux. The B side did not. Another version of the single had "Pop Poubelle" as the B side, a track which also appeared on their debut album. The Paris, France punk band released one album and three singles before disbanding in 1980 plus a single under their English language identity, Metal Boys. They re-formed in 2006 and have recorded and released new material. 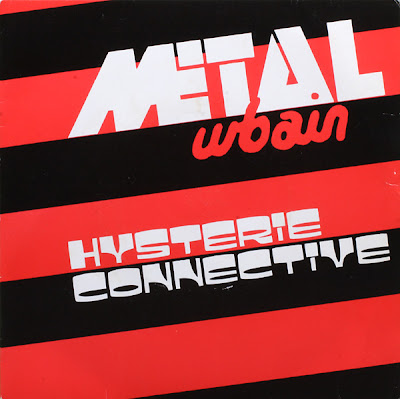 Blogload: Metal Urbain - Anarchy In Paris - a compilation - commercialzone.blogspot.com
Posted by bari at 6:41 AM

Email ThisBlogThis!Share to TwitterShare to FacebookShare to Pinterest
Labels: 1978