It's Grim Up Elland Road

Although my passion for football continues to wane with every obscene transfer fee, wage demand and episode of diving and cheating, I still want Leeds United to do well and so at the start of this season I am more disappointed than ever with Ken Bates.
On transfer deadline day yesterday Leeds lost the excellent Max Gradel along with Fede Bessone and poor Mike Grella got the sack. Coming in to bolster the side there is nobody of any real note.
Leeds fans didn't fail to notice that our defence was weak last season and with our best striker for the past few seasons already having moved on, Leeds could certainly have used another good player up front.  Oh yes, we got Billy Paynter.
If you has asked me before the beginning of this season where LUFC were likely to finish, I'd have said well short of the play-offs, and nothing in the transfer window has changed my opinion.
Mind you, the lean times at Leeds are as nothing when you have a look around the rest of Yorkshire, we don't have a club in football's top flight and yet the likes of Swansea, Norwich, West Brom, Wolves and Wigan are all up there.  Barnsley, Leeds and the doomed looking Doncaster are floating around in the Championship with none of them having a really good chance at promotion, both Sheffield sides and Hudds are doing reasonably well in Division 3 and down in Division 4 Rotherham are on top, but once Premiership Bradford are in a lowly position and lucky to still be in existence.
In other sports, the Rhinos are rugby league's almost side this season and over at Headingley...
Well, what on earth has happened to the lads at Yorkshire CCC ? This year's team is largely the same team as last year, but Yorkshire have gone from challenging for the title to certain relegation, this season's results being a constant drizzle of dismal batting and bowling figures which account for a terrible record of 2 wins from 15 games.  What happened lads ?  It makes me glad that I've spent half the season watching Ilkley CC, at least I have seen a few wins there.

Muslims just want to have fun. 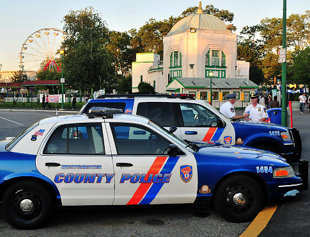 Oh Lawd! What is going on here in A-merry-ca? Why is it harder for Muslims to pursue happiness than the rest of you A-merry-cans? BTW, Speaking of pursuing happiness; I guess we won't be up in arms about this latest social media flash mob phenomenon. I mean they are just college students, and I didn't see any of you Negroes in the crowd scaring folks. But I digress.

"Rye Playland was shut down Tuesday after cops scuffled with Muslims upset that women wearing head scarves were barred from the rides, witnesses said.
Fifteen people, including three women, were charged with disorderly conduct and assault in the chaos, authorities said.

The Westchester County park was packed with Muslims celebrating Eid-ul-Fitr - the holiday marking the end of the Islamic holy month of Ramadan.
One woman, Entisai Ali, began arguing with cops over the amusement park's head scarf, or hijab, rule, said Dena Meawad, 18, of Bay Ridge, Brooklyn.
The ban, which is not Muslim specific, was imposed about 3 years ago mostly to prevent hats from falling onto the tracks of roller coasters and other rides, park officials said.

"The cops started getting loud with her and she started getting loud, too. They pushed her on the ground and arrested her," Meawad said.
Her cousin, Kareem Meawad, 17, went to try to protect the woman and was beaten by cops and also arrested, she added. Her brother, Issam Meawad, 20, was pushed to the ground and taken into custody when he tried to help his cousin, she said.

"She just wanted to get on a ride. That was it," Dena Meawad said of the initial confrontation. "It's clear, this all happened because we're Muslim."
John Hodges, chief inspector of Westchester County Public Safety, insisted that police did not use excessive force.

He said up to 100 cops from surrounding departments converged on the park.
Two park rangers were injured in the melee, prompting felony assault charges against two people arrested, officials said.
The ugly incident happened just after 1 p.m. The event was organized by the Muslim American Society of New York, and attracted 3,000 Muslims from Brooklyn, Queens, the Bronx and Westchester County.

Ali's sister, Ayman Alrabah, 24, of Brooklyn said her husband, brother and father were all tackled by cops and put into handcuffs when they tried to help her sister.
Alrabah said she was unaware of the head-scarf rule until she and her sister tried to get on the park's Dragon Coasters.

"We requested a refund and all of a sudden an argument became a riot," Alrabah said. "Cops came. They were hitting my brother, my dad. My husband was on the floor and they were handcuffing him.

She said her 4-year-old son was "traumatized" by seeing his father arrested.
"They treated us like animals, like we were nothing," Alrabah said. "They came with their dogs and sticks. We came to have fun." [Source]

Oh stop it! Where have you ever heard of cops attacking people with "dogs and sticks"? Oh wait....never mind.

Finally, I am not an expert on climate change and global warming [or the lack of it], but I do know that we have been having some unusually freakish weather occurrences all over the world of late, and that reasonable people can disagree on just how much man made behavior is causing the earth's weather patterns to change.

Reasonable people. The wingnuts in this country, and folks like their presidential candidate, Governor Big Hair, are not convinced.  They believe that global warming is all a hoax. And thanks to their 24 hour propaganda machine and the ignorance of quite a few most of our fellow citizens, they are actually gaining the upper hand in the debate. Which is really kind of sad, because if they had their way there would be no debate in the first place.

Life in the Kansas Yard: Butterflies and Hummers and Hills Oh My (Albino hummer update)

The Flint Hills have a bounty that keeps giving. This is Butterfly Week. 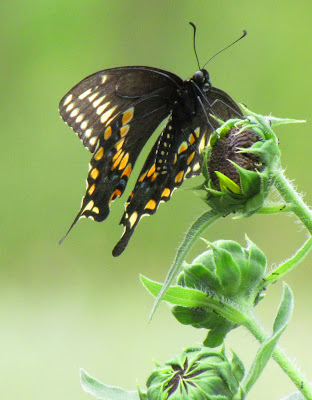 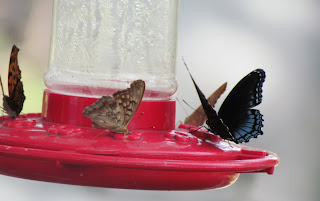 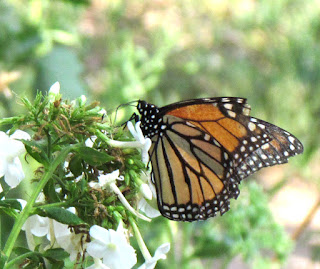 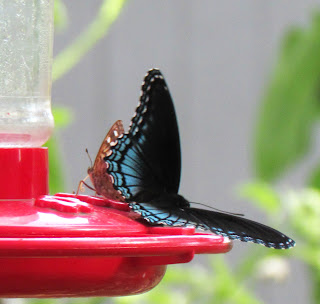 I saw 2 hummingbirds mating. they fly attched to one another like monarchs do. 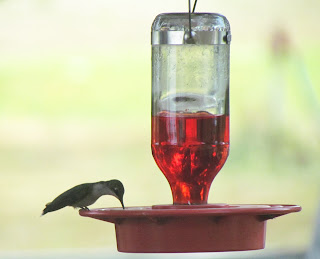 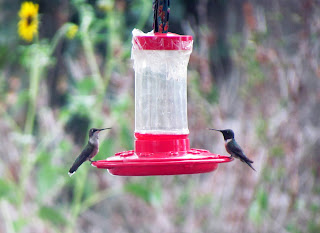 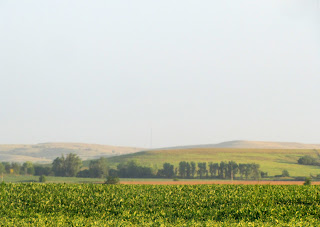 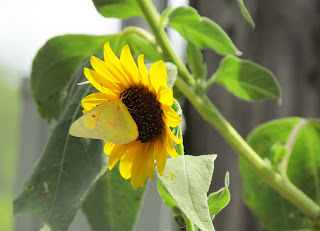 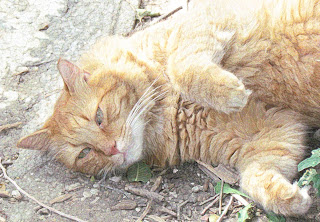 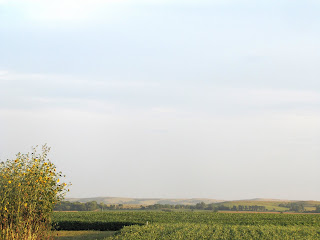 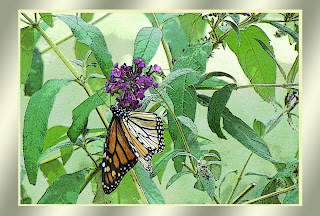 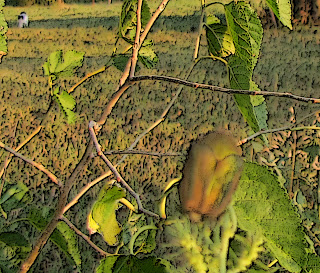 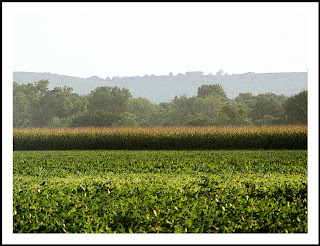 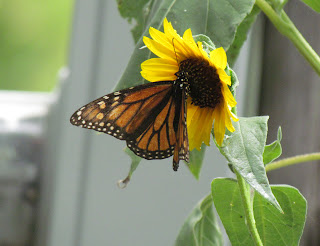 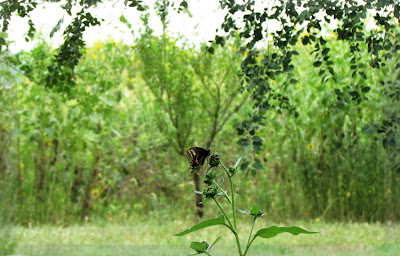 Here are some pics
of the Albino Hummingbird a 15-year-old photographed. Sweet! 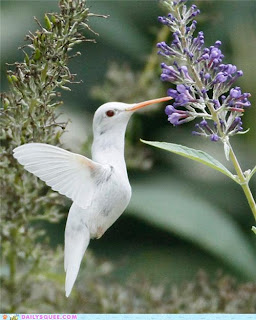 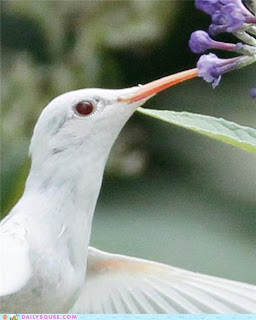 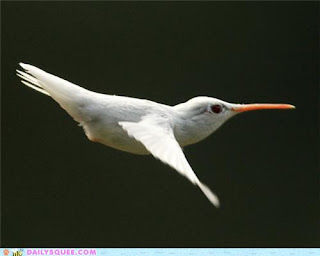 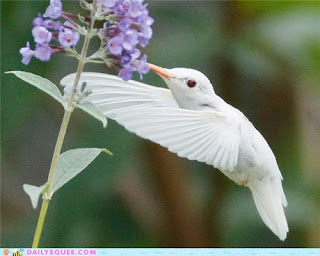 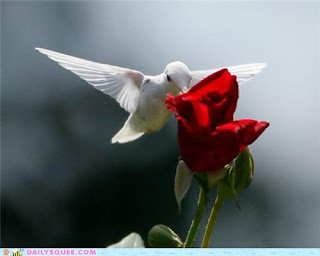 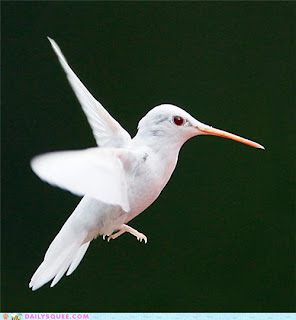 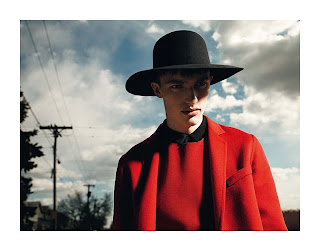 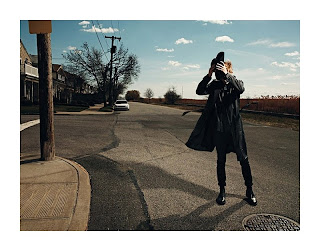 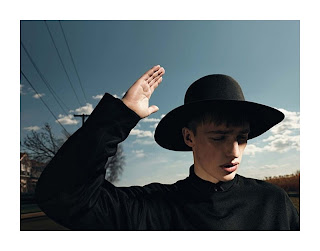 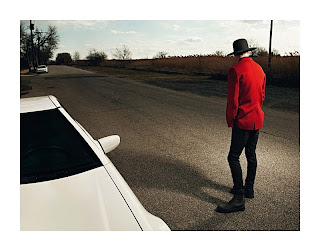 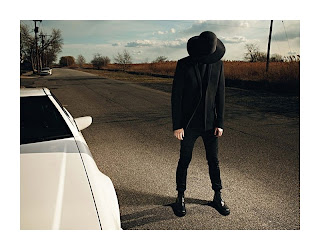 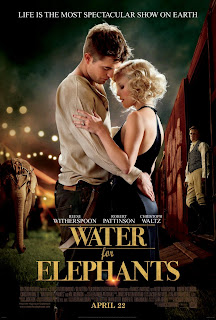 Based on the acclaimed bestseller, Water for Elephants presents an unexpected romance in a uniquely compelling setting. Veterinary school student Jacob meets and falls in love with Marlena, a star performer in a circus of a bygone era. They discover beauty amidst the world of the Big Top, and come together through their compassion for a special elephant. Against all odds -- including the wrath of Marlena's charismatic but dangerous husband, August - Jacob and Marlena find lifelong love.