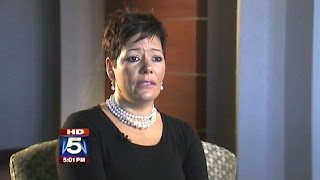 I am sure that you all have heard of Herman's latest missy adventure by now: A modern day Scarlett O'Hara from Atlanta named Ginger White (Yes, that's her name. I swear you can't make this stuff up.) is saying that Herman was her Rhett Butler for 13-years

Now I am going to shock some of you, but I am not going rip Herman Cain for his alleged affair. This is not like allegedly harassing women and making sexual advances towards them against their will. As Herman's lawyer said earlier tonight, this was something that happened between two consenting adults. Besides, a 13 year affair with someone other than his wife would not affect how Herman does his job as president. Some of our better presidents in A-merry-ca (See Bubba & JFK) were known philanderers. Hey, the man leading the GOP pack was cheating on his wife while she was dying for crying out loud.

Still, I am begging Herman to get out of the race. He is killing us married guys out here. Every time one of these stories hits the news we get the fuzzy eyeball from out significant other. That is not cool. He has got to know by now that he has no shot of ever winning the republican nomination. They just can't trust the guy anymore. He is ruining the republican brand. They have all got to be thinking the very same thing: "What's next?"

Finally, I knew that you A-merry-cans loved to shop. But this next story is a bit much:

"A Black Friday shopper who collapsed while shopping at a Target store in West Virginia went almost unnoticed as customers continued to hunt for bargain deals.
Walter Vance, the 61-year-old pharmacist, who reportedly suffered from a prior heart condition, later died in hospital, reports MSNBC.

Witnesses say some shoppers ignored and even walked over the man's body as they continued to shop, reports the New York Daily News.

Friends and co-workers saddened to learn of his death, expressed outrage over the way he was treated by shoppers.

"Where is the good Samaritan side of people?" Vance's co-worker Sue Compton told WSAZ-TV.

"How could you not notice someone was in trouble? I just don't understand if people didn't help what their reason was..." [Source]

Their reason was 50% off on the latest electronic tablet item. Santa has to put something under the tree.

Poor Walter, someone should have told him that shopping is serious business here in A-merry-ca. It's a matter of life and death.