What's Wrong with This Picture?

I have stated that everyone needs R and R, and (outside of assault issues) This Blog generally avoids american politics unless there is humor or free speech involved, but I'm starting to get weirded out.
Pakistan cuts supply lines to our troops in afghanistan ?
burning effigy of U.S. President 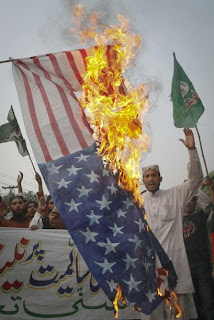 while
the president golfs and goes to BB games again?

I know dropping drone bombs is easier than torture,
and instant death of terrorists solves the whole gitmo problem,
but i feel confused somehow... 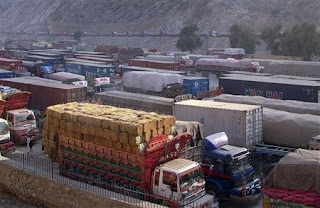 http://news.yahoo.com/pakistan-24-troops-dead-nato-helicopter-attack-140517725.html
http://www.reuters.com/article/2011/11/26/us-pakistan-nato-idUSTRE7AP03S20111126
excerpt:
..."Pakistan retaliated by shutting down vital NATO supply routes into Afghanistan, used for sending in nearly half of the alliance's shipments by land.
The attack is the worst incident of its kind since Pakistan uneasily allied itself with Washington immediately following the September 11, 2001 attacks on U.S. targets.
Relations between the United States and Pakistan, its ally in the war on militancy, have been strained following the killing of al Qaeda leader Osama bin Laden by U.S. special forces in a raid on the Pakistani garrison town of Abbottabad in May, which Pakistan called a flagrant violation of sovereignty.
A spokesman for NATO-led troops in Afghanistan confirmed that NATO aircraft had been called in to support troops in the area and had probably killed some Pakistani soldiers.

"Close air support was called in, in the development of the tactical situation, and it is what highly likely caused the Pakistan casualties," said General Carsten Jacobson, spokesman for the International Security Assistance Force (ISAF).

He added that he could not confirm the number of casualties, but ISAF is investigating. "We are aware that Pakistani soldiers perished. We don't know the size, the magnitude," he said.
Pakistan's Prime Minister Yusuf Raza Gilani said the killings were "an attack on Pakistan's sovereignty" and added, "We will not let any harm come to Pakistan's sovereignty and solidarity." ..." 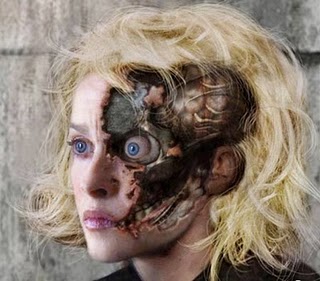 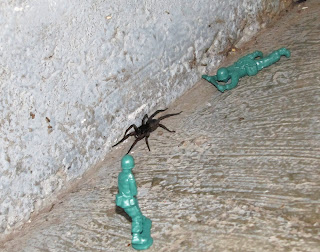 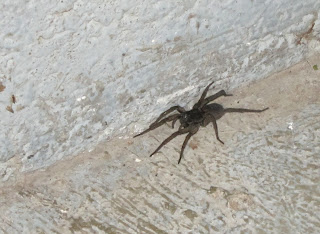 Spider with headlight-- always scary
Posted by bari at 11:51 PM